This skillfully researched book focuses on the effort of a tiny socio-political American elite to gain control over the very basis of human survival: our daily bread. Control the food and you control the people. It’s no ordinary book about the perils of GMO. Engdahl takes the reader into the corridors of power, into the back rooms of labs, behind closed doors of corporate boardrooms. He cogently reveals a diabolical world of profit-driven political intrigue, government corruption and coercion, where genetic manipulation and the patenting of life forms are used to gain control over food production worldwide. If it often reads as a crime story, that should be no surprise: that is what it is. Engdahl’s carefully argued critique goes far beyond the familiar controversies surrounding the practice of genetic modification as a scientific technique. An eye-opener and must-read for all those committed to social justice and World peace. http: //globalresearch.ca/books/SoD.html

Marijan Jost, Prof of Genetics, Krizevci, Croatia - Back cover: “If you want to learn why biotech corporations insist on spreading GMO seeds around the world - you should read this carefully researched book. You will learn how these corporations want to achieve control over all mankind, and why we must resist…”

Anton Moser, Prof of Biotechnology, Graz, Austria - Back cover: “The book reads like a murder mystery of an incredible dimension, in which four giant Anglo-American agribusiness conglomerates have no hesitation to use GMO to gain control over our very means of subsistence…”.

Dr. Arpad Pusztai, biochemist, formerly of the Rowett Research Institute, Scotland - Back cover:” What is so frightening about Engdahl’s vision of the world is that it is so real. In this new age of ‘free markets’, everything - science, commerce, agriculture and even seeds - have become weapons in the hands of a few global corporation barons and their political fellow travellers.”

Related reference from Dr. Shiv Chopra’s book: “Corrupt to the Core” - back cover

Dr. Shiv Chopra’s name has become synonymous with food safety. With full support of the Professional Institute of the Public Service of Canada - a 50,000 member union of scientific and professional public service employees. Dr. Chopra and his colleagues refused to approve various harmful drugs such as Bovine Growth Hormone, Baytril, and Revalor_H, for use in meat and milk production. They opposed a series of prime ministers and health ministers who had little or no regard for public safety. They defied gag orders, spoke publicly to the media, and testified at many Senate and parliamentary committees. The courts supported Dr. Chopra and his fellow scientists. Today, the dangers of these drugs are internationally recognized. Chopra’s fight against the totally avoidable sources of Mad Cow Disease, calling the bluff on the Anthrax scare, and warning about the myth of safe and effective vaccines are equally inspiring stories.

Here is a full account of how government corruption endangers the public food supply. This book contains a blueprint for the establishment of food safety and security: Dr. Chopra’s “Five Pillars of Food Safety,” which was presented in April 2008 to the Canadian Parliament by MP (NDP) Paul Dewar.

Food Safety @_foodsafety
Sunday, February 16th, 2020 at 1:42pm
Which milk alternative should we be drinking?
https://t.co/m2JMtPkZy3 https://t.co/kSNJW8k4JF
View on Twitter 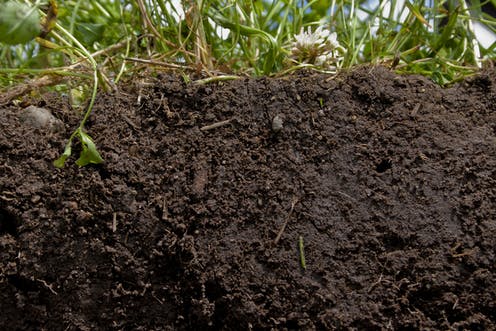