“The EPA is endangering the lives of children to protect pesticide industry profits.”

In a move environmentalists denounced as yet another case of the Trump administration putting industry profits over public health, the Environmental Protection Agency announced on Thursday that it will not ban chlorpyrifos, a pesticide linked to brain damage in children.

“By allowing chlorpyrifos to stay in our fruits and vegetables, Trump’s EPA is breaking the law and neglecting the overwhelming scientific evidence that this pesticide harms children’s brains,” Patti Goldman, attorney with Earthjustice said in a statement. “It is a tragedy that this administration sides with corporations instead of children’s health.”

EPA chief Andrew Wheeler’s decision to reject a petition by environmental groups calling for a ban on the neurotoxic chemical ignores the assessments of his agency’s own scientists, saidTiffany Finck-Haynes, pesticides and pollinators program manager for Friends of the Earth.

“The EPA’s refusal to ban chlorpyrifos ignores decades of science showing that this pesticide has irrevocable effects on human health and the environment,” said Finck-Haynes. “The EPA is endangering the lives of children to protect pesticide industry profits.”

Chlorpyrifos has been banned for household use since 2000, but the pesticide is still used by farmers on “more than 50 fruit, nut, cereal, and vegetable crops,” according tothe New York Times.

The Obama administration in 2015 proposed banning use of the pesticide on food crops, but former EPA administrator Scott Pruitt authorized its continued use in 2017.

“This is a total disgrace,” Rep. Mike Levin (D-Calif.) tweeted in response to the EPA’s decision on Thursday.

Finck-Haynes of Friends of the Earth said that as the federal government continues to work on behalf of chemical interests, states must take immediate action to protect the public and the environment.

“While the federal government refuses to act, we urge states to step in, ban chlorpyrifos, and demonstrate that they will safeguard public health and the environment,” said Finck-Haynes. “We call on [New York] Governor [Andrew] Cuomo to sign the chlorpyrifos ban bill sitting on his desk and protect New Yorkers from this toxic pesticide.”

In a statement on Thursday, the Natural Resources Defense Council (NRDC) highlighted the Trump administration’s ties to Dow Chemical, the largest producer of chlorpyrifos in the United States.

“The relationship between President Trump and Dow Chemical… has been called into question,” the group said. “Among other things, the chemical manufacturing giant reportedly donated $1 million for Trump’s inauguration, and its CEO previously played a chief advisory role to the president, heading up his now defunct American Manufacturing Council.”

Erik Olson, senior director of health and food at NRDC, said the effort to achieve a ban on chlorpyrifos will continue.

“Until EPA gets this stuff out of our fields and off our food,” said Olson, “this fight is not over.”

“Glyphosate will be the final nail in Brussels’ coffin.” It was in such categorical terms that Czech MEP Kateřina Konečná spoke at the European Parliament Committee on the Environment, hours after the European Union approved the use of the chemical for another five years. It is the culmination of a battle pitting corporate interests and political manoeuvring against the health of European citizens.

“The people who are supposed to protect us from dangerous pesticides have failed to do their jobs.”

Green groups and public health advocates on Monday denounced the European Commission’s vote in favor of extending the license of glyphosate, the active ingredient in Monsanto’s Roundup pesticide which scientists have labeled as a “likely carcinogen.”

Before the presidential election, the EPA had proposed banning chlorpyrifos based in part on evidence that the chemical causes lasting harm to children’s brains, including attention problems, memory loss, tremors, and autism. In reports issued in 2014 and 2015, the agency acknowledged research showing that children exposed to chlorpyrifos were more likely to have certain developmental problems. In November the EPA issued a report recommending a ban. A 90-day waiting period pushed the finalization of the ban into March, after Trump’s inauguration. 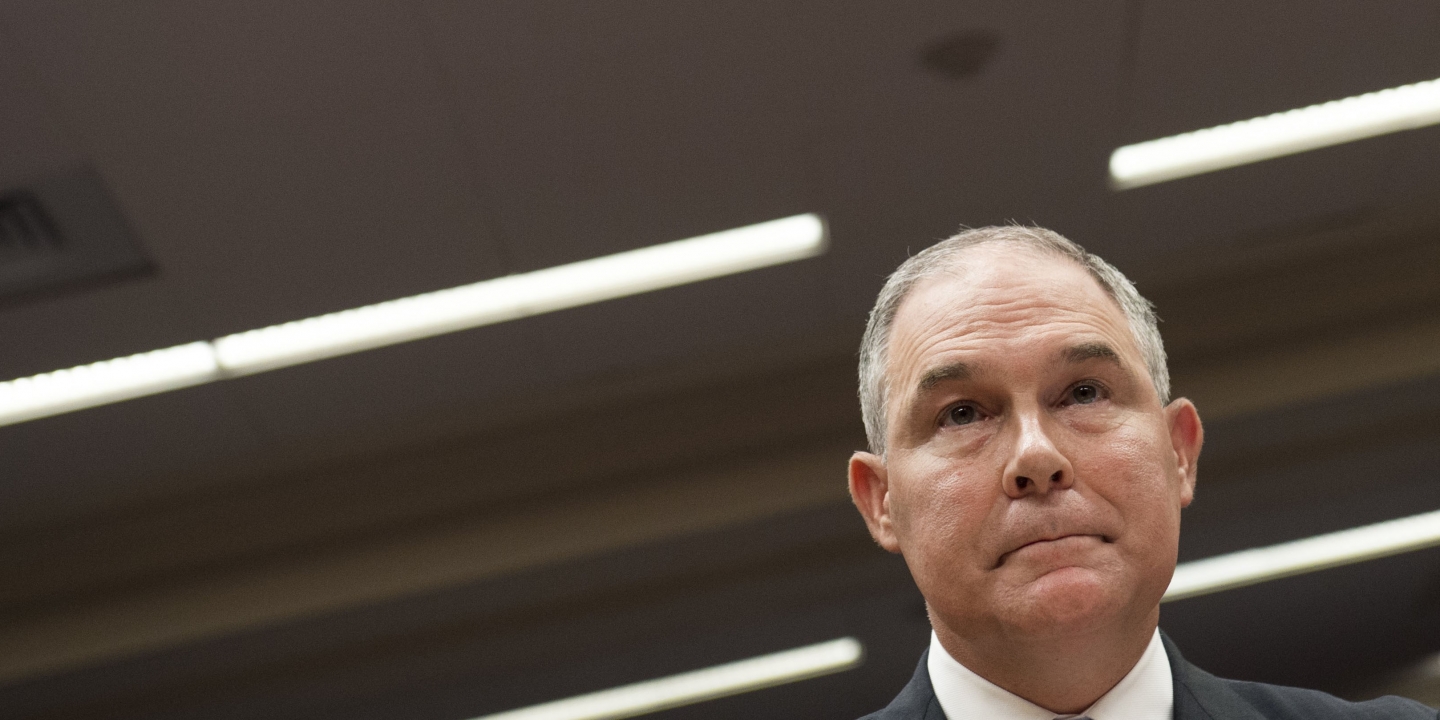