In the first part of this lecture we will cover a wide range of 10,000 years of agricultural history. We will deal with the origins of agriculture, its expansion and problematic elements such as deforestation, monoculture and colonialism as well as chemical fertilizers and pesticides. In the second part we get to know permaculture, its founder Bill Mollison and its basic principles and ethics as a viable alternative.

You can learn more about his work on his website BabylonApocalypse.org.

There are thousands of types of bananas but Americans have eyes for only one kind — the very marketable yellow Cavendish, which accounts for 95% of global banana exports. But this multi-billion dollar industry is under threat. A fungus called Panama Disease is rapidly infecting the world’s Cavendish crops and could spell disaster for the monoculture-dependent worldwide banana trade. VICE correspondent Isobel Yeung heads to the heart of banana country in Latin American and the Philippines to see the devastating effects of the disease and to investigate what the loss of the banana would really mean besides a less colorful lunchbox. 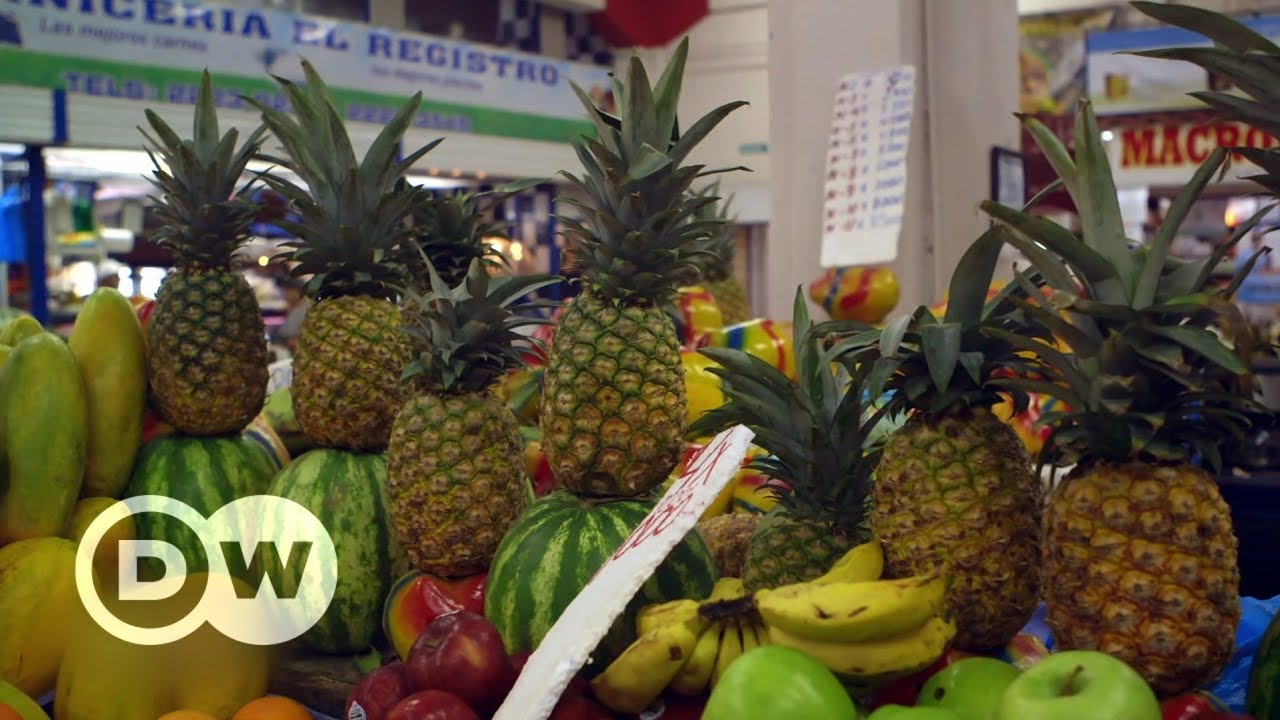 Costa Rica is the world’s largest pineapple producer and Germany’s main supplier of the fruit. Cheap labor and pesticides mean low prices in Western Europe. While organic pineapples are now being farmed on a larger scale to increasing demand, this likewise has negative consequences for Costa Rica’s ecosystem. Tropical fruits such as pineapples, bananas and kiwis have been available in West European supermarkets for years. But the innocent appearance of these popular products is deceptive. The fruits are cheap because costs are cut in the production countries - affecting wages and health factors. Costa Rica is the world’s largest pineapple producer, and is known both for its exemplary ecological approach and for sustainable tourism. It is in this very country, however, where workers on plantations complain about a lack of rights. Pineapples are grown and harvested here in vast monoculture plantations using huge amounts of pesticides. According to studies conducted by Costa Rica’s national university, the country is not just a major tropical fruit exporter but also the world’s biggest per-hectare user of pesticides. Plantation workers have as a result been reporting rashes and headaches. At the heart of pineapple farming, to the northeast of the capital of San José, trucks regularly have to supply villages with clean drinking water because the groundwater has been contaminated with bromacil - a weed killer banned in the EU. In the north of the country huge pineapple plantations are threatening the livelihoods of traditional small farmers, while conventional banana plantations continue to grow across the southwest. Many supermarkets in Europe have recognized that they can make money with sustainability. Almost all the major chains have signed up to ecological quality seals that stand for responsible growing methods with low pesticide use. The example of Costa Rica, however, shows that such promises aren’t always strictly kept. Although there are farmers who have set up their own businesses with the new growing methods, and although the organic sector in Costa Rica is constantly growing, even organic bananas and pineapples require large areas of land for farming. The result is monocultures with consequences for the ecosystem.