Milk drinkers are turning their backs on dairy in favour of plant-based milks billed as kinder to the planet. Are they all more sustainable than cow’s milk?

You don’t need to go far today to find some kind of plant-based milk. Soy and rice milk are no longer confined to the dusty shelves of health food stores, and other substitutes like oat, coconut, and even hemp milk are now widespread in coffee shops and supermarket aisles.

While in the past those who opted for almond rather than dairy milk might have done so to take a stand for animal rights or because they’re lactose intolerant, many people are now switching to plant-based milks in response to the growing climate crisis. So which one is actually best for the environment? And how do they stack up against dairy in terms of nutrition?

The good news is that most – perhaps all – non-dairy milks come out better than cow’s milk when you look at their carbon emissions, how much land they take up and how much water they use.

Joseph Poore, a researcher at the University of Oxford, published a study in 2018 which looked at the environmental footprint of some food and drink. Later he extended the analysis to include plant-based milks, looking at the impact of soy, oat, rice, and almond milk on the environment. He found that all of those plant milks fared better than cow’s milk.

In terms of carbon emissions, almond, oat, soy, and rice milk are all responsible for around a third or less of the emissions dairy milk puts out, with almonds the lowest of the bunch at 0.7kg per litre, followed by oat (0.9kg), soy (1kg), then rice (1.2kg). Dairy milk is responsible for 3.2kg of emissions per litre of milk.

Land use shows an even more dramatic split, with nine square metres of land needed to produce just a litre of dairy milk, compared with less than a one square metre for plant-based milks, ranging from 0.3 sq m for rice milk to 0.8 sq m for oat milk. 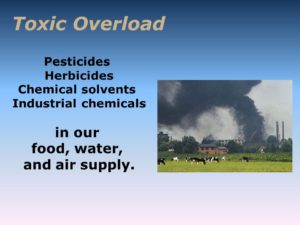 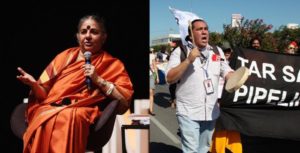